You have forgotten why you asked us here; we cannot remember why we came.

This work was commissioned for the exhibition 'Try Again, Fail Again', part of Momentum: the 4th Nordic Biennale, 2 September - 15 October 2006, Moss Bryggeri Utstillinshall (and other venues), Norway. This commission is one within a sequence of pieces that re-work signature sculptural forms and surface patterns. This work used these motifs within a large scale installation of three patterned geometric forms. One of the motifs, a composite pattern of stripes, zig-zags and spots, is redolent of Keith Haring or Alan Davie - and also of the outsider practices that informed their work. The pattern was realised in such a way as to render it a sign for such modes of representation. Similarly, the geometric shapes were presented as theatricalised signs, rather than autonomous sculptures. The work presented a complex and absurd language that in turn challenged the viewer to confront the interpretative systems that are applied in the attempt to claim meaning for contemporary art. 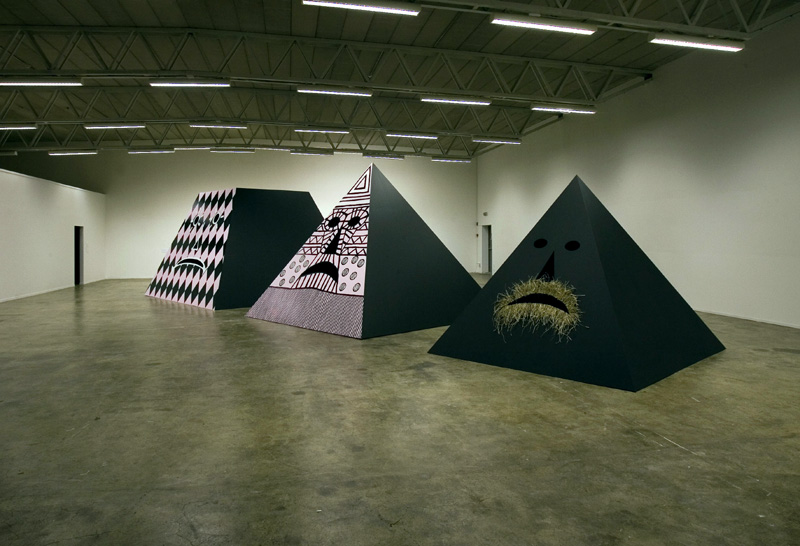