Think thingamajig and other things. [Exhibition]

Think Thingamajig and Other Things was commissioned as a solo exhibition by Kunsthaus Glarus. The exhibition consisted of three sculptural motifs - a ceramic cube with a pink and black pattern, a large pyramid with a cut out face and a sculptural speech-bubble. The exhibition used spectacle, figuration and narrative to coerce the viewer to engage with what was presented. The work can be understood as a series of devices that provoke critical reflection on this coercive role. As the title suggests, the work functions as a riddle or conundrum which eludes definitive meaning. This commission was the starting point for a series of works that used these devices to question different contexts. In 2004 the pyramid was exhibited on wasteland in Cardiff Bay, where its relationship to brutalist art forms questioned the traditions of sited public works in an area that, due to redevelopment, had a large number of such works. 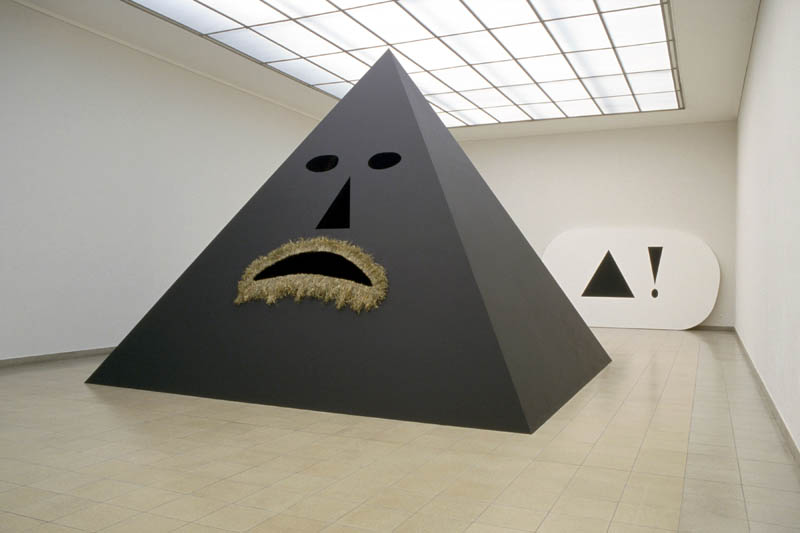